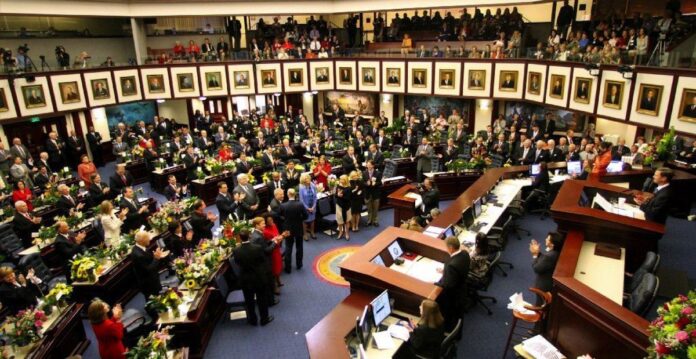 Several new laws go into effect this Thursday. The 24 laws will be implemented after being passed during the 2020 legislative session.

Among the notable new laws:

HB133-Makes a series of changes related to towing vessels and vehicles. In part, the bill requires local governments to set maximum rates for towing and immobilizing vessels. It also prohibits counties and cities from imposing fees on wrecker operators or towing businesses.

HB205-Expands a portion of state law designed to prevent people from misrepresenting service in the military. The bill makes it a third-degree felony to use such misrepresentations to land jobs or political offices.

SB294-Creates the “Florida Veterans Protection Act” to make it a first-degree felony to obtain or attempt to swindle $50,000 or more from 10 or more military veterans.

SB680– Expands a 2017 law that increased penalties for people who remove fins from sharks and discard the rest of the sharks in the ocean. The new law bans the import, export and sale of shark fins but includes exceptions for people who already had federal shark fishing permits as of Jan. 1 and seafood dealers who had federal shark dealer permits. Shark fins are considered a delicacy in parts of Asia.

According to Jim Turner with News Service of Florida, “Many of the measures taking effect this week keep in place exemptions to state-public records laws. Such exemptions often are subject to repeal unless they are re-enacted by lawmakers.”

Those include exemptions related to law-enforcement body camera recordings within private residences, health care facilities or other places where people would expect privacy (HB 7015); email addresses collected by the Department of Highway Safety and Motor Vehicles for vehicle-registration renewal notices and driver-license renewal notices (HB 7001); and information about the identities of victims of child abuse and sexual offenses and minors who are victims of human trafficking (HB 7019).