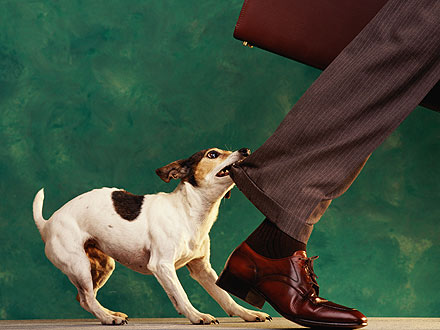 Man’s best friend has served as a loyal companion throughout history. While most dogs are trained or well behaved, there are those who behave aggressively. When a dog is fearful, frustrated, threatened or in pain, it is common that they respond with hostility and can inflict serious harm.

“In Florida, if your dog bites someone even if it is a first time occurrence, the owner is held liable,” reports Ellsworth Buck, Vice President of GreatFlorida Insurance. According to American Veterinary Medical Association, dog bites claims accounted for one-third of all homeowners’ liability insurance claims. Over $28,000 was the average payment by insurers for dog bite claims in 2013.

Millions of people are bit by a dog every year. Half of the victims are children, claims the National Institutes of Health. Common victims of dog bites include children, adult males and dog owners. An animal attack can cause mental as well as physical injury. Some of those injuries include severe bruising and contusions, lacerations and severe scratching, scarring and rabies. Some suffer broken bones from falls in an attempt flee from an animal attack.

While certain breeds tend to bite more than others, all dogs are capable of biting. Statistically the following are considered the most dangerous dog breeds.

While responsible pet ownership is encouraged, Florida has no breed specific regulations.

A study published in the Journal of American Veterinary Medical Association argues the focus should not be on the breed, but the way a dog is raised. They feel many witnesses misidentify the breed of dog that attacks making that information unreliable. Their study found that dogs that bite can commonly be found in at least one of the four categories: not vaccinated, not licensed, male dogs that have not been nurtured and dogs that have been chained or tied up.

Whether you own or rent your home, insurance should be a priority to protect your family and belongings. GreatFlorida Insurance works with reputable insurance companies to provide dependable homeowners insurance and renters insurance at affordable prices. For more information go online to www.greatflorida.com or call us today.

Share
Facebook
Linkedin
Email
Previous articleAre your Items in Self Storage Insured?
Next articleThe Compulsion to Text and Drive