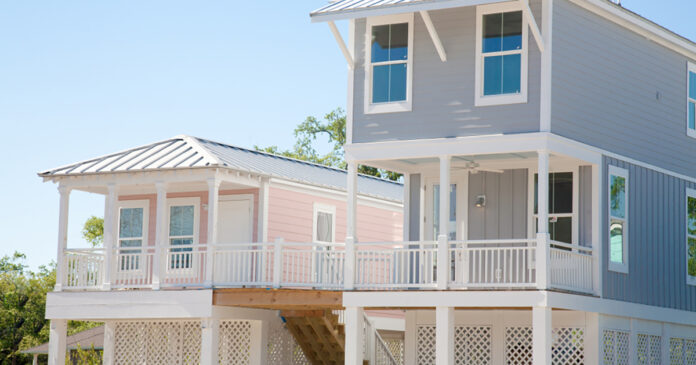 The Federal Emergency Management Association (FEMA) plans to roll out their price restructuring- known as Risk Rating 2.0 to the National Flood Insurance Program (NFIP) later this year in October. Experts believe it will lead to higher rates for flood-prone locations such as Florida.

Currently, an estimated 5 million people nationwide have policies with the NFIP, while 35 percent of those program polices are written in Florida.

The plan is intended help to lift the NFIP out of significant debt due to repeated natural disasters, while taking into consideration the effects of climate change. The revised plan will put a stop to inaccurate pricing for many coastal homes which had the NFIP paying out more than customers paid into the program. Coastal residents will likely see an end to their subsidies.

Also, FEMA’s outdated and inaccurate maps need revamping. Many homeowners are not listed in flood zones, although they are, so most do not have mandatory flood insurance. Most officials believe all Florida homeowners should own flood insurance.

Federal law states that FEMA can only raise rates 5 to 18 percent a year. For primary homeowners, it’s 18 percent plus fees and for other properties, it’s 25 percent plus fees. However, this could mean some premiums experience a 60 percent increase in three years. Unless a phased in approach is implemented, policies changes could come at one time, causing sticker shock to homeowners.

A recent report from First Street Foundation, a non-profit research and technology group working on flood risk, reports that the majority of Floridians face a higher flood risk than their insurance cost reflects. First Street found about 4.2 million properties nationwide face major flood risk and those properties would need to pay about four and a half times more than the NFIP charges to cover that risk. Around one in four of those properties are located in Florida.

“On a positive note, these changes should make flood insurance fairer, some might even see their premiums reduced,” says Buck with GreatFlorida Insurance. Hopefully the changes will encourage coastal homeowners to protect themselves better.