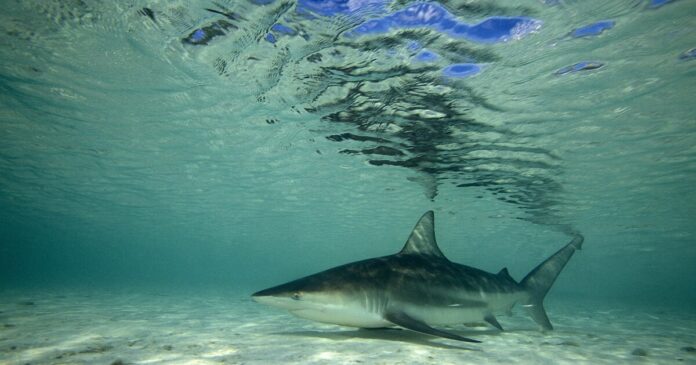 ISAF explains, “Provoked bites, occur when a human initiates interaction with a shark in some way. These include instances when divers are bitten after harassing or trying to touch sharks, bites on spearfishers, bites on people attempting to feed sharks, bites occurring while unhooking or removing a shark from a fishing net and so forth.”

ISAF goes on the clarify, “Unprovoked bites are defined as incidents in which a bite on a live human occurs in the shark’s natural habitat with no human provocation of the shark.”

In 2020, there were 52 confirmed shark bites. However, 2021 saw 73 unprovoked bites, following the five-year global average. It is believed 2020 saw below average bites due to the pandemic with lockdowns and beach restrictions.

ISAF also found that most attacks were related to surfers and other board sports, which accounted for 51% of all attacks. Swimmers and waders accounted for 39% of incidents, body surfing and horseplay 6% and snorkeling and free diving making up 4%.

Bull sharks appear to be responsible for most Florida attacks with blacktips second. Both sharks prefer to swim in shallow coastal water. According to National Geographic, many experts consider bull sharks to be the most dangerous sharks in the world, with an aggressive manner. Blacktips are not considered aggressive and prevalent in Florida waters.

The good news is ISAF reminds, “The total number of unprovoked shark bites worldwide is extremely low, given the number of people participating in aquatic recreation each year.”

Experts say you can reduce your risk of a shark bite by swimming with another person, staying close to shore, not swimming at dawn or dusk and avoiding schools of fish.

GreatFlorida Insurance can help you protect your vessel with a customized boat insurance policy to fit your needs.