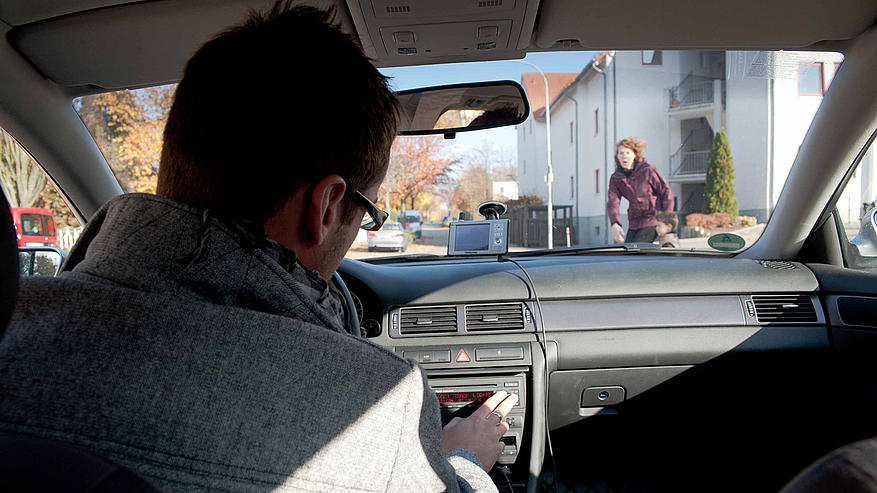 Florida prohibits texting while driving but hand held cell phone use is permitted. Safety minded Florida drivers have embraced hands free devices such as earpieces, the speakerphone or a dashboard auto system in an effort to promote safety but are they really that much safer?

The National Safety Council, (NSC) released a report about the distraction a hands free cell phone conversation can have on your mind and how that can affect your driving. Their results show it causes slow response and reaction times. It also proves difficult for drivers to maintain their lane.

Having our sight is vital while driving. Not only is talking on a cell phone while driving a cognitive distraction but a visual distraction as well. Multitasking significantly narrows our field of view.  The report it states, “Drivers using hands free phones have a tendency to “look at” but not “see” objects. Estimates indicate that drivers using cell phones look but fail to see 50 percent of information in their driving environment.  It is a condition similar to tunnel vision.”

When your brain is distracted, even by something as seemingly harmless as a cell phone conversation, it cannot process everything in the roadway making the driver unable to identify potentially hazardous situations and unable to respond to unexpected situations. It is referred to as “inattention to blindness” and caused by the cognitive distraction of a cell phone conversation.

“Drivers generally know when they are physically or visually distracted from the road but, it can be more difficult to discern when they take their mind off the road,” said Ellsworth Buck, Vice President of GreatFlorida Insurance.

Voice command infotainment systems are developed by car makers with the goal of contributing to driver safety.  It is designed to make performing tasks in your vehicle hassle free, convenient and hands free.

They conducted a research using 18 men and 18 women and measured brain activity, heart rate and had a passenger evaluate their reactions. At the end of the study each participant took a questionnaire about their experience. The drivers were given a map and task assignments such as, “from your contacts, call Joel Cooper on his cell” and “tune the radio to 103.5 FM.”

AAA’s results suggest that even if a driver’s eyes are on the road and their hands are on the wheel, their ability to respond may be impaired. “Common voice tasks are generally more demanding than natural conversations, listening to the radio, or listening to a book on tape.” They also reported that system errors, such as the system, not recognizing your command can cause frustration and increase your cognitive workload.

Below are the results of the in-car voice systems beginning with the system, which imposed modest demands to the systems which required the most mental work.

Common Home Repairs You Can Do Yourself

This site uses Akismet to reduce spam. Learn how your comment data is processed.

Change the Date of Halloween?